Shandalar, The Magic Card Board Game 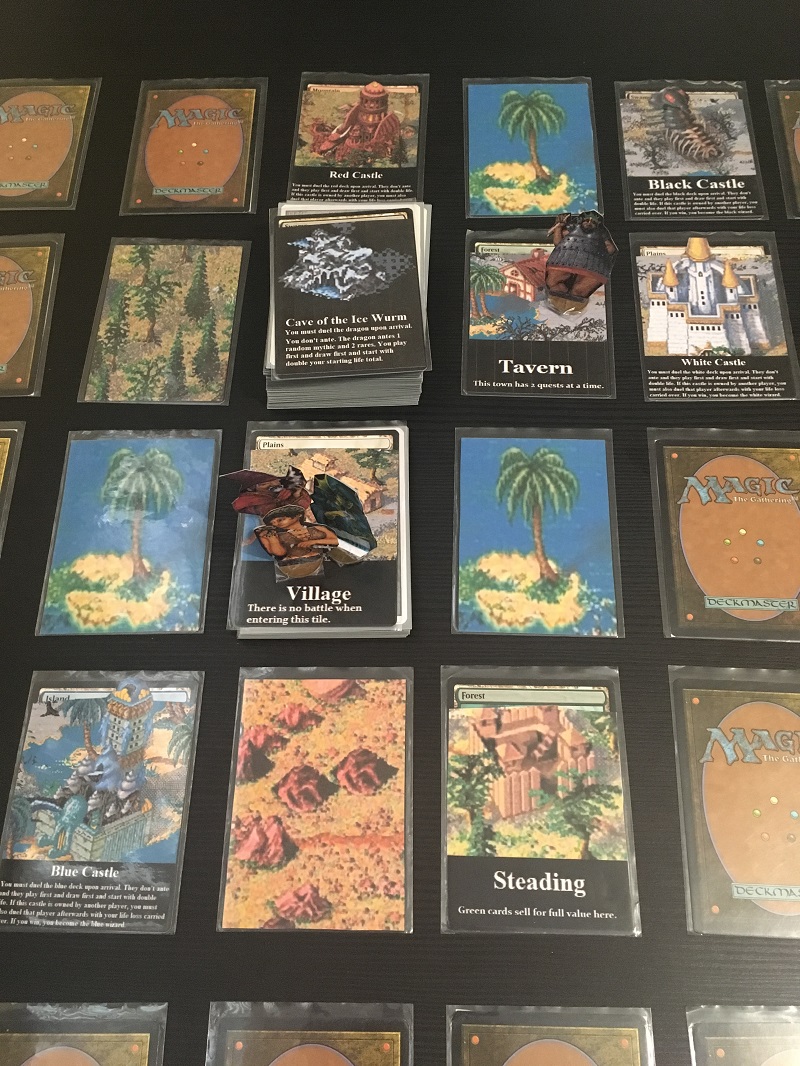 This is a 2-8 player board game that brings many many hours of classic MTG fun.
It's based on the old Magic Card video game, Shandalar.
The goal of the game is for one player to take over all of the castles.
Each player starts in the center village and moves one tile each turn.
You start with a very bad sealed pool, but you buy cards and win antes and complete quests to improve your deck.
Every turn you move and fight a monster of the color of the terrain you're on.
Another player temporarily controls the monster deck to play against you.

Besides the monster decks there's also 4 of each card in the video game, except some really bad ones, and some that stall the game too much.
Some cards NOT included: Circle of Protections, Glasses of Urza, Alladin's Lamp, laces, Marsh Viper, etc.

Each card has a rarity based on how good it is, not actual MTG rarity. There is a random pile for each rarity.
Full list of cards » 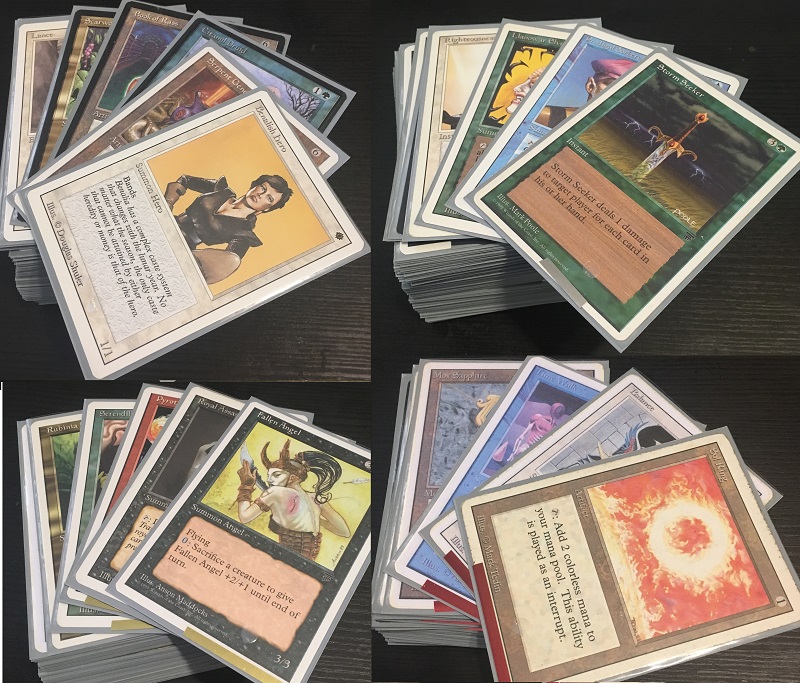 You can buy and sell inside towns only, or nomad's bazaars.
When you sell a card, it goes into that town so anyone who visits there can buy it.
If you're playing with gold, you'll need each card's value printed on them.
Otherwise use rarity:
An uncommon is worth 4 commons.
A rare is worth 4 uncommons, or 16 commons.
A mythic is worth 4 rares, or 64 commons.
Cards sell for half their value, unless the town you're in states otherwise. So to buy a rare you'd have to give 2 rares, or 32 commons, or 8 uncommons.
This math is annoying so it's easier to use gold if you have each card's value printed on them. 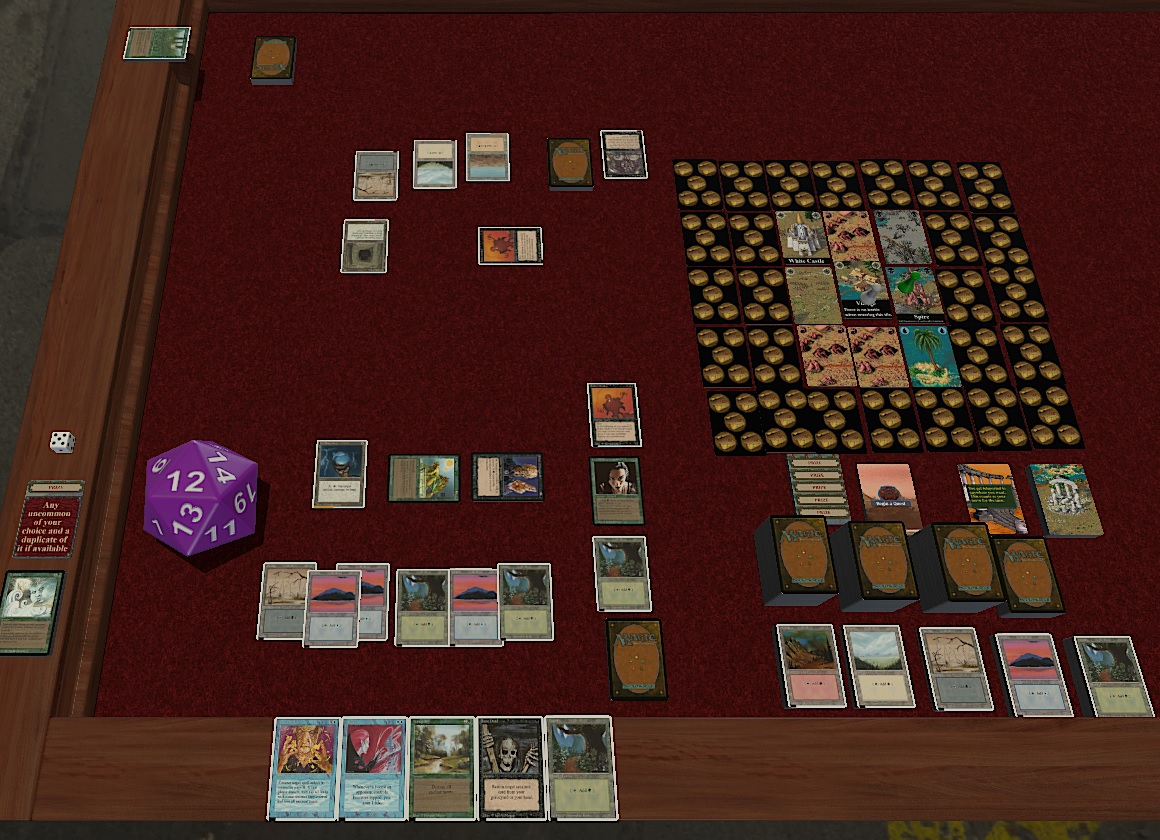