In the board game, all the mythic cards are in the castles.
Put 3 random mythics under each castle that's discovered, face down.
You don't get to see what the cards are unless you chose to get a dungeon clue from winning a duel, instead of the 4 random commons.
If you did get a dungeon clue and chose this castle, then you got to see the 3 mythics that are in this castle.
If the dungeon is generated to have more than 3 dead ends, add extra mythic cards only then.
When the dungeon is all explored, put the wizard of this castle's color at the last dead end to be revealed.
Right now the wizard deck is just the mono colored deck of this color, with some better cards added in. Wizards start with 20 life and play first.
If you defeat the wizard, you get the mythic at his dead end, then you become the new wizard of this color.
In all dungeon battles, you ante and the enemy doesn't.
Each duel is your board game turn. If you choose to exit the dungeon early, you skip the rest of your turn.
Life losses are carried over in dungeons. Only if your ending life total is less than your normal starting life total.

When you defeat the wizard in a castle, you become the wizard of that color.
You now own the monocolored deck of that color.
You cannot change its mana identity color. And it must be a valid deck with cards to ante.
When someone duels against that monster deck, you should be the one to play with it.
Any antes the deck wins go directly to you.
Any time someone pays off the monster to avoid dueling, that goes to you.
If someone enters your castle and duels the wizard, they duel against you, and you use your normal deck.
If you defeat 2 castles and you're 2 wizards, you also get the dual colored deck of those colors.

When you enter a castle, you make its layout randomly with these.
Start with a random "Exit" tile for the entrance and put the player on it.
Any line of sight from the player that isn't a dead end gets a random tile to connect with it.
To add tiles, keep flipping random cards until one connects. And is valid:
If the random card has a passage that goes into a side of another placed card that doesn't have a passage that direction, then it isn't valid.
The size of the grid can't be more than 5x5. Any random tile that would make it bigger is not valid.
There can't be less than 3 dead ends (treasure chests). If the tile is a dead end, and this would be the last unfinished path and there's less than 2 other dead ends, then it isn't valid.
You'll need several copies of all of these cards except the exits. Keep the exits separate.

Tiles are only added when the player can see an unfinished path from their line of sight.
If the player moves into a tile that needs paths in multiple directions, the player chooses one way to look first. Flip cards until one fits that particular way, until that way is finished. The player can't choose to put a tile somewhere else if it doesn't fit that spot, or rotate it. 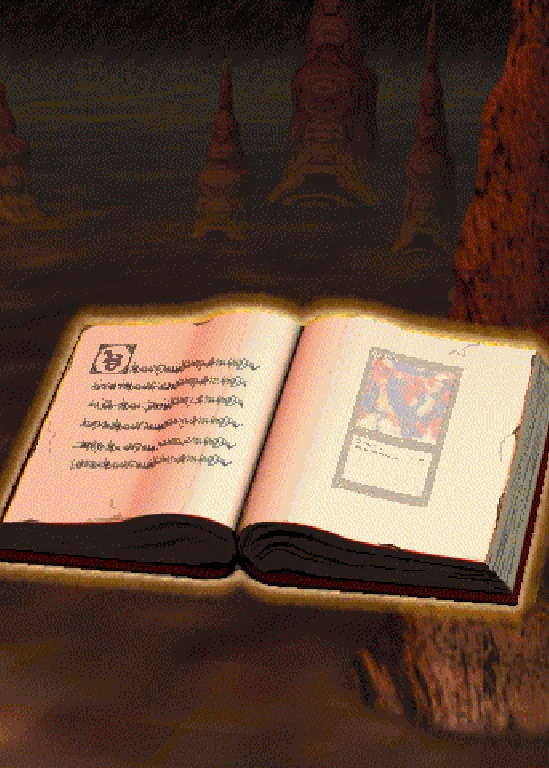 When you go to a tile in a dungeon that has a dice card on it, you get to draw one. If you already have one, you lose the old one. These effects are gone if you leave the dungeon and you lose the dice card. 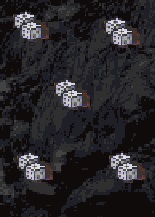 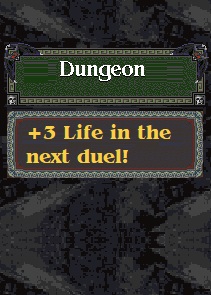 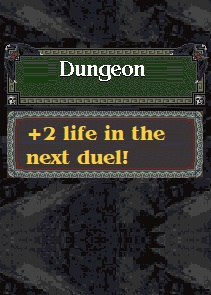 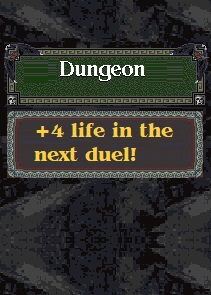 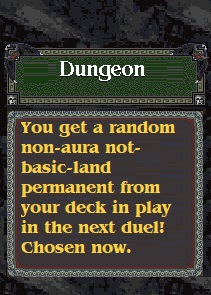